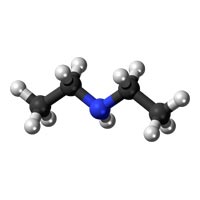 Granular Urea is white crystalline solid containing 46% nitrogen. It has the highest nitrogen content of any solid nitrogen fertilizer. Granular urea can be applied directly to the soil while using normal spreading equipment. Most of today‘s urea is manufactured as granules. Granules are harder, larger, and more resistant to moisture. Therefore, granulated urea has.

Ammonia (NH₃) is the foundation for the nitrogen (N) fertilizer industry. It can be directly applied to soil as a plant nutrient or converted into a variety of common N fertilizers, but this requires special safety and management precautions. Production Almost 80 percent of Earth’s atmosphere is composed of nitrogen gas (N₂).

Sulfur is one of the known chemical elements in Mendeleev’s table. Sulfur or sulfur has 16 electrons. In the late 1770s, Antoine Lavaudieu was able to convince scientific assemblies that sulfur is an element rather than a compound. Sulfur is used to produce agricultural fertilizers and sulfuric acid. This element is in the third stage.

Ammonium nitrate (AN) is derived from the reaction between ammonia and nitric acid. It contains 33.5–34% nitrogen, of which half is in the nitrate form, which is easily assimilated by plants, and half is in the ammonia form. It is used principally as a nitrogen source in fertilizers and is the main component of most.

Ammonium sulfate [(NH₄)₂ SO₄] was one of the first and most widely used nitrogen (N) fertilizers for crop production. It’s now less common but especially valuable where both N and sulfur (S) are required. Its high solubility provides versatility for a number of agricultural applications. Production Ammonium sulfate (sometimes abbreviated as AS or AMS).

Sulfuric acid, sulfuric also spelled sulphuric (H2SO4), also called oil of vitriol, or hydrogen sulfate, dense, colorless, oily, corrosive liquid; one of the most commercially important of all chemicals. Sulfuric acid is prepared industrially by the reaction of water with sulfur trioxide (see sulfur oxide), which in turn is made by a chemical combination of.

Xylene is an organic chemical compound. It is also known as dimethylbenzene or Xylol. It is one of the three isomers of dimethyl benzene. It consists of a central benzene ring attached with two methyl groups as substituents. In the year 1850, Xylol was first isolated by a French chemist Auguste Cahours.

Benzene is the simplest organic, aromatic hydrocarbon. Benzene is one of the elementary petrochemicals and a natural constituent of crude oil. It has a gasoline-like odor and is a colorless liquid. Benzene is highly toxic and carcinogenic in nature. It is primarily used in the production of polystyrene. Benzene is a naturally occurring substance produced by.

Toluene is named after an old name toluol. Toluene is an aromatic hydrocarbon and is found largely in coal tar. Toluene is a light and flammable liquid used as a solvent in various industries such as paints and resins. It is an organic material. Its chemical formula is C6H5CH3, and it can be produced from.

With about 95% of ethylene dichloride (EDC) being used in the manufacture of vinyl chloride monomer (VCM), nearly all of which goes into polyvinyl chloride (PVC), EDC supply/demand balances are influenced by the PVC market. In addition, many EDC plants are integrated with VCM production. There are two types of PVC – rigid resins and flexible resins.

What is PVC (PolyVinyl Chloride)? Polyvinyl Chloride (PVC or Vinyl) is an economical and versatile thermoplastic polymer widely used in building and construction industry to produce door and window profiles, pipes (drinking and wastewater), wire and cable insulation, medical devices, etc. It is the world’s third largest thermoplastic material by volume after polyethylene and polypropylene.

Polystyrene (PS) is a clear, amorphous, nonpolar commodity thermoplastic that is easy to process and that can be easily converted into a large number of semi-finished products like foams, films, and sheets. It is one of the largest volume commodity plastic, comprising approximately seven percent of the total thermoplastic market1.

What is Polypropylene and What It’s Used for? Polypropylene is a tough, rigid and crystalline thermoplastic produced from propene (or propylene) monomer. It is a linear hydrocarbon resin. The chemical formula of polypropylene is (C3H6)n. PP is among the cheapest plastics available today. Molecular Structure of Polypropylene PP belongs to polyolefin family of polymers.

From plastic containers, bottles, bags to plastic toys; everywhere we look, we see most of the plastic items made of polyethylene! It is one of the most popular thermoplastic materials available today.

The polyester family is used in the synthesis of fibers. Polythene terephthalate is a polyester material that with the 32 million tons of use currently,  has the 18% of the total global consumption of basic polymers. The high strength of this polymer has resulted in a pressure of more than 100 PSI and also a good resistance to carbon dioxide.